[singlepic id=5 w=320 h=240 float=left]If you’re anything like me, you like to fire up a game every now and again. It’s a great way to relieve stress, as well as an excellent way to waste some time. But not only that, playing games can be both very entertaining, educating as well as highly social. There are many ways way people are attracted to playing games. The modern gaming industry is far away from the way the industry was in the early days of computing. Back in the good old days, a game could be made be a single person sitting in his bedroom on late nights burning the midnight oil. And that was in fact how most games were produced back then. That was before the gaming industry became a multi million dollar industry, where the money governed and the production line has become more and more similar to any given Hollywood production.

Back when I started playing, in the golden eighties, a game loaded in mere seconds, the graphics very blocky and far from colourful. Of course, everything was in 2D but the gameplay was in many cases far better than in modern games. But then as technology evolved, so did computer games. The horsepower found in a household computer steadily increased, making way for improved graphics, sound, artificial intelligence and physics. With the introduction of 3D graphics, the race for realism started not only in terms of visuals, but also how the world you played in was similar to the world we live in. The rules that we have to obey by every day, are the same rules you have to face in a virtual world. In a racing game, if you drive on gravel instead of good tarmac, your speed decreases. If you get shot in the head in a first person shooter type game, you instantly die, but if you get a non fatal shot to the leg, you can go on in the game but with a decreased movability and speed. Techniques previously only used only in special effects in Hollywood movies, such as motion capture, was utilized in games such as football games. All to improve the overall feel, look and realism in games.

As I said, developing games in the golden eighties could be done with a one man crew, but these days you have huge productions studios. Whereas previously one person did it all, you know have different departments doing all sorts of different work. You have the texture department, that takes care of making the textures used in the 3D worlds which we move about in, you have 2D artists that does other art work. You have the motion capture department, that develops new and improved ways to capture real life movements, which again are used for the characters in the game. You have story developers, who basically write the storyline which is used, with cunning plots and twist. You also have a quality assurance team that makes sure that the game plays well, and monitors beta testers who they constantly monitor for feedback of how the game actually plays. You also have other departments, but to make the list somewhat short, I’ll finish off with the most important one, the coders. The programmers that piece all the pieces from the different departments together to what we actually see on screen. As you understand, making a game nowadays is far from being an easy task.

Being a large industry, with multi million contracts and high overhead on advertising, with multiple platforms which we find games these days, the world gaming world and scene has become somewhat of a jungle. Navigating through all the news, all the new releases, new patches for already released games and so fort, we have come to rely on experts on the field to help us manage this ever growing jungle. As with any other aspect in life when you seek advice, you like to get your views from unbiased and subjective people. You can never fully trust the words from the advertising guy that the gaming company has paid several thousand dollars for, as you know for sure that he would paint that canvas so pretty you’ll believe it was a picture of paradise you were watching, when in fact the game he’s talking about is nothing but a work of art not even worthy of the garbage bin. One such resource, has up until now, been one of the nets most visited and trusted sources for such information. The site I talk about, is Gamespot.

Gamespot has a panel of editors and testers who take on the role to monitor this jungle that we know as the gaming industry. They keep tabs on events taking place, up and coming games, new technologies that’s soon to come out and make life easier and better for gamers, and does interviews with important people within the gaming industry. All to make sure the mass of consumers gets an unbiased view on the market and what it has to offer. Recently, the acclaimed game studio Eidos, behind such games as Tomb Raider, released a game called “Kane and Lynch: Dead men“. As with any new game released, one of Gamespot’s editors took on the job to test the game and give its readers his views on the game. The game itself got a score of 6/10, which by no means is a good score, but far from being a bad score. In other words, a rather average game that apparently introduces nothing new to the table, but might be worth a look.

The problems though started when the editor in question, Jeff Gerstmann, started talking about his experience wit the game. He made a huge point about the game lacking in many areas, that the game was suffering from quite a few bugs as well as major flaws in terms of both in game controls, as well as artificial intelligence being far from intelligent. His words weigh quite heavily, having been with the Gamespot staff for more than ten years acting as one of their senior editors. The matter was made worse by the fact that Eidos had signed a rather large advertising deal with Gamespot, where a Kane and Lynch wallpaper decorated the Gamespot pages as well as multiple banners and smaller ads. When Eidos was brought to attention to the rather mediocre review their new game had gotten, they apparently got rather upset about it, and according to rumours made a big fuzz about it.

Not only that, though it has yet to be confirmed, Jeff Gerstmann was fired from his position as senior editor at Gamespot. Which again was followed by Eidos cancelling their advertising deal with Gamespot. Being a rather large community, this sent shockwaves through the masses. The ability to comment on the game was soon deactivated by the Gamespot staff. Rumours of course started spreading like wid fire through gaming communities all around the globe, and speculation arose around the topic of all these things being connected. Personally, I find it highly suspicious that a senior staff member should be fired for doing his job, namely reviewing games. One has to remember that Gamespot has gotten its position for being unbiased, which has been for many the sole reason why they keep coming back to use Gamespot as their number one gaming resource for news and reviews.

We all know that we live in a world where money talks, and the gaming industry is far from being an exception to that rule. We’ve all had our fair share of suspicion that certain game studios and/or companies might choose to lay some money on the table, or offer certain perks to such resources such as Gamespot, but that they in fact kept the morale high ground and refused them. In this case it seems like Eidos is acting like a spoilt child, having put loads of money to get their game advertised, but backing out from the deal seeing as their new production pearl get dented with a bad review. Not only that, but that this lead to the firing of a vastly valuable resource within this community. This can easily be seen with the ripples seen throughout the waters of the gaming scene. That Juff Gerstmann had a large following has always been known, but that it was this large was maybe a surprise to some

I sure hope that Gamespot and Eidos comes forth and explains themselves on this matter, as I find it hard to trust Gamespot as a reliable source of information at this point. It’s been my number one source of information when it comes to games, and I hope that they give me a reason to come back again in the future. I’ll keep my eyes fixed on this situation until it is resolved. 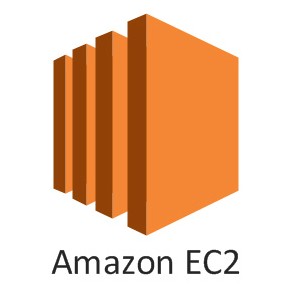